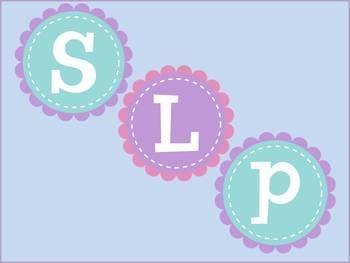 Holding ASHA certification means holding the nationally recognized credential, the Certificate of Clinical Competence (CCC), a professional certification that represents a level of excellence in the field of Speech-Language Pathology (CCC-SLP). Achieving ASHA certification ensures that professionals providing speech-language pathology services have received the highest quality preparation and training, and through continuous participation in professional development activities, keep up with rapid changes in the professions scope of practice.

Mrs. Benner obtained her Bachelor's degree from SUNY Geneseo and Master's degree from Northwestern University in Chicago, IL. During Mrs. Benner's career, she has spent time working with a variety of populations, including early intervention, preschool, geriatric, and school-age. She began working at Honeoye Central School in 2004.

Ms. Gustavson obtained her Bachelor's and Master's degrees from SUNY Fredonia. During her career, she has worked primarily in public and private schools with children from kindergarten through grade 12. She has also provided early intervention (birth to age 3) and preschool (ages 3-5) therapy services. Ms. Gustavson worked at Honeoye Central School from 2004-2009, returning in 2013 after having moved out of the area for four years.